“He made me believe in monogamy” she said “I didn’t really think it could be done before him”. Her eyes trailed down to the table, blinking fast. Her hand found its way to her twelve-year-old daughters shoulder, holding on for dear life.

My hands were wrapped only around my diet Pepsi, my mind spinning on what she said. My nineteen years didn’t give that statement all the feet it deserved. I was at the point in life where I thought,

“He is your husband. Of course he did”

Now having watched one too many marriages kiss themselves goodbye. Too many women pack up and run. I realize how profound her statement really was.

He is the only man she wanted to influence her children,

This, a man worth sacrificing for, a life worth fighting for.

He had made her more of herself not less.

She was talking about something that was way bigger than sex,

I think now though, it may have been the sexiest thing I’ve ever heard anyone say. 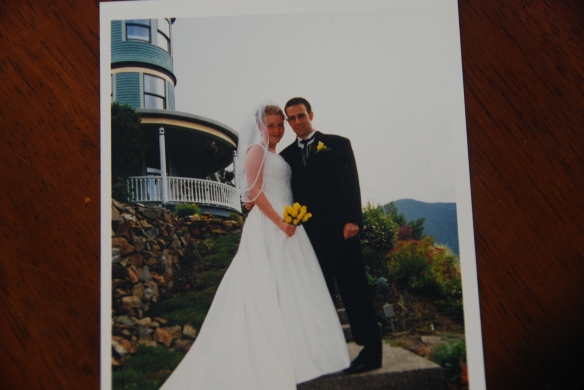 Happy Anniversary husband…thanks for making me believe.  Twelve years and every day you’ve made my life sweeter…

13 thoughts on “He Made Me Believe”