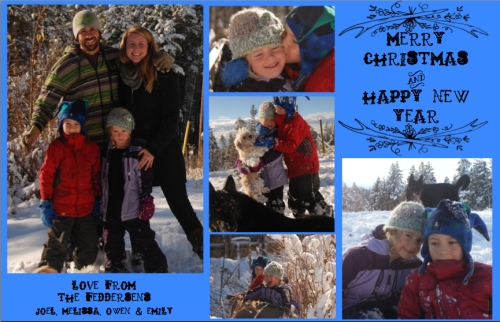 2013 was one of those years. You know the ones? Busy, wonder-FULL and exciting. Usually those years also mean, well, things like Christmas cards, making your beds, and cleaning your en suite get left behind. In this case all of those things are absurdly true. I really thought by the time we were 35 we would be better at such things, but anyways, we are also learning to live with ourselves.

We did other things though, lots of them. Here are some of the highlights. As we have a kindergartener around these parts and are counting EVERYTHING here is our 2013 mathematics:

0- The number of children we have at home with us full-time. Sniff, sniff. Our Emily started kindergarten and is thrilled to be at school with her big brother (grade 2). The only thing she complains about is that Owen hugs and kisses her at lunch time. I apologized to her, but it is not something I plan on intervening on 😉 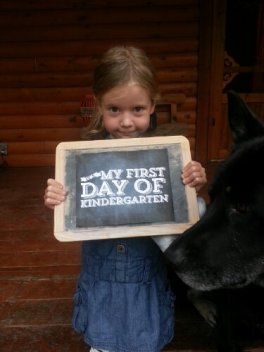 1- The number of Half Marathons I ran. Here is a photo of when I almost died. Lets just say it wasn’t pretty. 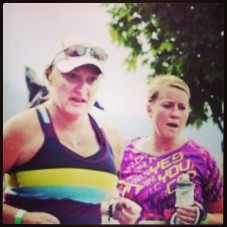 2- The number of hamsters we acquired. Some members of our family are happier about owning the rodents then others. Ahem.

3- The number of Feddersens in school now. I started my graduate degree and had a blast with it.

4- The number of structures built at Switchback Ranch this year…it is getting so very strange and fun up here. I don’t have a photo but Joel also built a swedish sauna into our car port.

5- The age of our girl. She is a creative, hilarious, firecracker of a child who loves dance, adventure and quading with her dad. She attends Highland dance class and plays soccer.

6- The number of weddings Joel performed this year, including two of his cousins; Kailea in Vancouver and Scott in Ottawa. Joel of course continues as the pastor of Youth Ministries at Willowpark Church. He also ended up starting a new service this year that has been exciting for both of us.

7- The age of our boy. Owen loves inventing, teasing his sister, costumes of any kind and sledding. He played soccer this year and had fun with his friends.

8- The number of nights I spent in Thailand in August for a very fast work trip in Pattaya for the “International Union of Health Promotion and Education”. It was inspiring and fun. Here is a photo of a couple of colleagues and I at the Grand Palace: 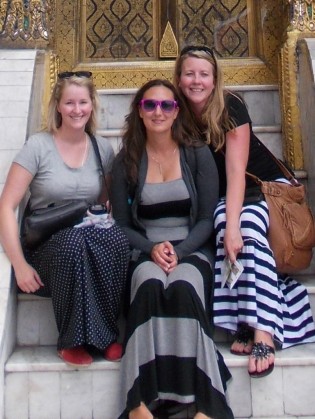 9- The number of nights Joel and Melissa spent in California (but not at the same time). I was down to Anaheim for a four-day work conference while Joel took a team of 100 kids to serve in the inner city with various ministries in Los Angeles.

10- The approximate number of nights we camped this year (I might be minimizing as I really want to fit this newsletter to fit into 10 points but anyways). We camped in Hedley, on Shuswap Lake, and on Rattlesnake Island. Highlights include the fact that a private small town camp site had Kareoke and my friends owned the place, and the fact that the kids are in fun and resilient camping ages. Low light was getting stuck in a boat with 6 kids and all our camping supplies in a massive Shuswap storm (note to self: repetitive prayers in crisis really creep out 11-year-old boys). Other fun adventures include Joel and the kids trip to Calgary while I was in Thailand, a weekend in a cabin with some of Joels family for Thanksgiving, and several brief camping trips in a 1980’s limousine-converted-to-motorhome/rocketship we somehow acquired. 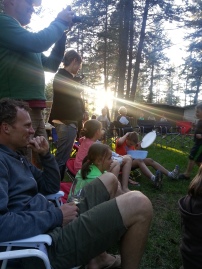 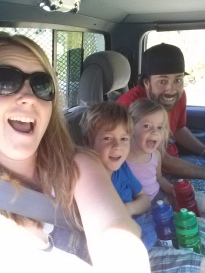 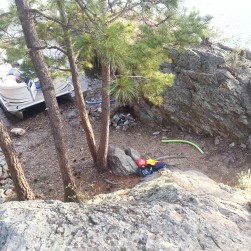 2013 felt like a big year. Our families are healthy (a new nephew!), our God is good. We feel blessed; though life is never smooth and without its irritations and upsets we know we are here with purpose and plan to invest our lives accordingly. 2014 what could happen?? I can’t wait to find out!

2 thoughts on “Country Chronicles: Christmas is over but my cards are still here…”