There has been some excitement at the ranch over the last few days.

For another. We have a Nancy Drew-esque mystery on our hands. We have spotted a species of cat that even our Conservation Officer cannot identify.

He has sent these images to the Provincial Vet and some others. We are waiting to hear the results today. It is all very mysterious and exciting. I spotted him out my window at dusk. He was about the size of a coyote and that is what I thought it was. By the time I got my camera he had passed over onto our neighbors property. I took these photos from my deck with a 200 mm lens. He looked like a domestic cat (but much too big) with a tail like a cougar (but much too small)…and jet black. 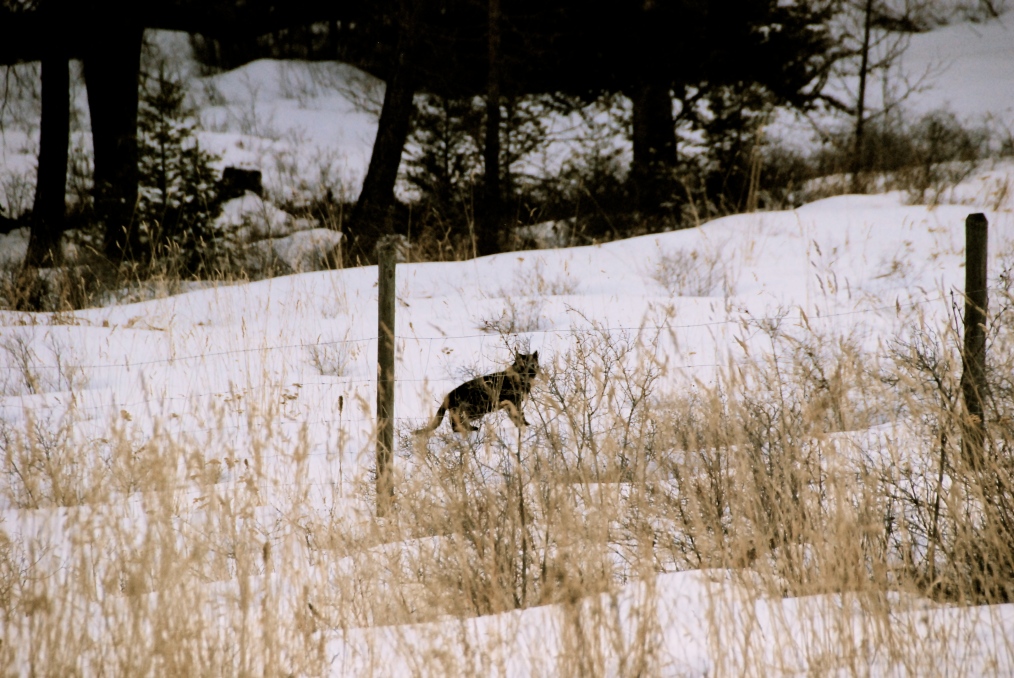 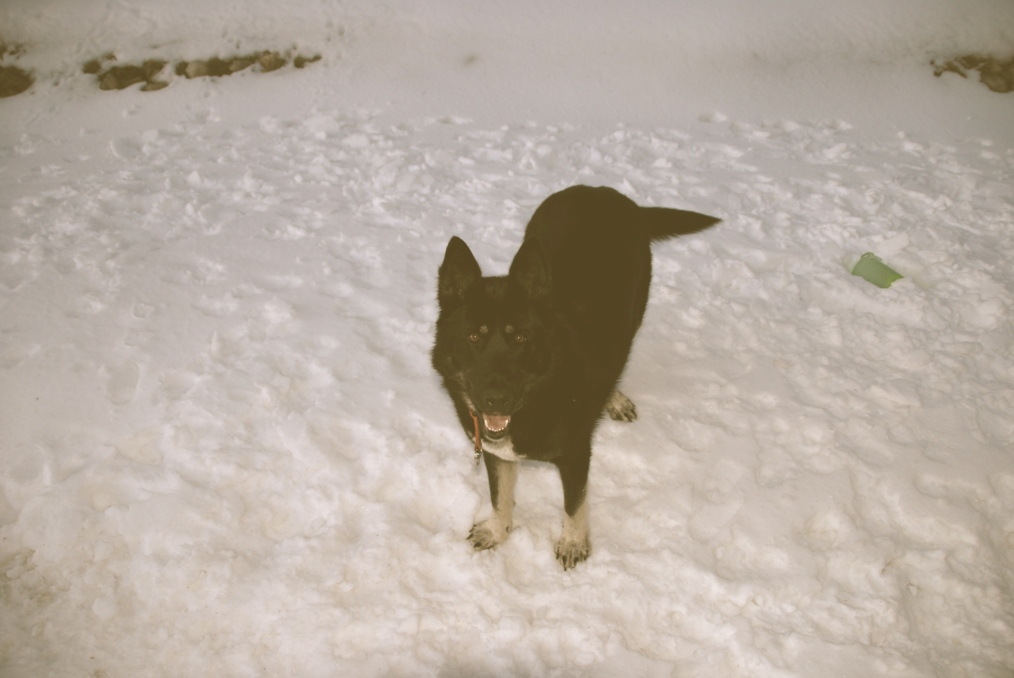 He is a shepherd/husky mix. He is our neighbors dog and has sort of adopted us. They were two single brothers with busy lives and so Sam has found his way to our house quite frequently over the last few years. In fact he brought me a deers leg my very first morning here (that is Joe Rich style for a casserole). The brothers are now off up north etc and think Sam would be happiest with us. He is having a sleep over for a few nights to see how he fits in with our family. He is only two and bounces a lot. A MASSIVE bouncing dog can be quite a thing to have around a three year old.

But. He seems to have the most submissive temperament I’ve ever seen in any dog. Let alone one this big. Here Owen told him to sit. When Emily did the same he rolled over onto his back….that little girl knows well how to be the Alpha.

And it turns out, I may have accidentally attached to him. We are having a breeder over today to see what he thinks of him. I might take him to an obedience class to see if I can handle him. I like the fact that he has never been in a house. I like the idea of having a beast that I trust, especially whilst the mystery of the mutant cat persists.

7 thoughts on “Country Chronicles: The Black Beasts of Switchback Ranch”